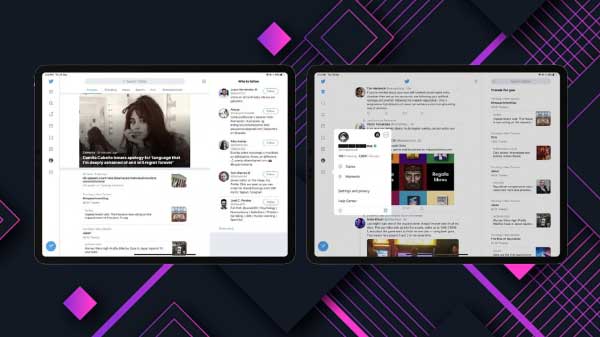 Twitter’s update for iPad is finally here and it brings new designs to improve the user interface. The social media platform for iPad now closely matches the design and layout of the Twitter web app. The revamped user interface now has a column view that shows more information on the iPad screen.

Column view is a must-have update for iPad users. Previously, Twitter content was only displayed on a single timeline which left a lot of white space on either side of the screen in landscape mode. Now there is a striking similarity to the Twitter web app.

With the new layout, the Twitter homepage, inbox, bookmarks, notifications tab, profile, and other tabs have been moved to the left side of the timeline from the bottom of the page. The right side contains trending topics, suggestions, research, etc.

Twitter had already started work on a new layout that would display the “tree talk” similar to a Reddit thread. The new layout would create an interface that would allow users to reply to a tweet, just like Reddit. This feature is currently in limited testing and may take some time to reach everyone.

Previously, Twitter had announced that it would remove inactive accounts that had no activity or login in the past six months. Twitter had sent emails to these account holders asking them to log into their account to avoid being deactivated. Twitter had granted a grace period until December 11, after which their username will be made public for anyone else to choose.

Twitter’s update for iPad hopes to improve the app’s user interface. The iPad app will probably be a lot better now, as the space is better managed. Twitter for iPadOS is currently being launched at random for a limited number of users. Suppose you don’t see the updated UI right away, it should reach you in a few days.