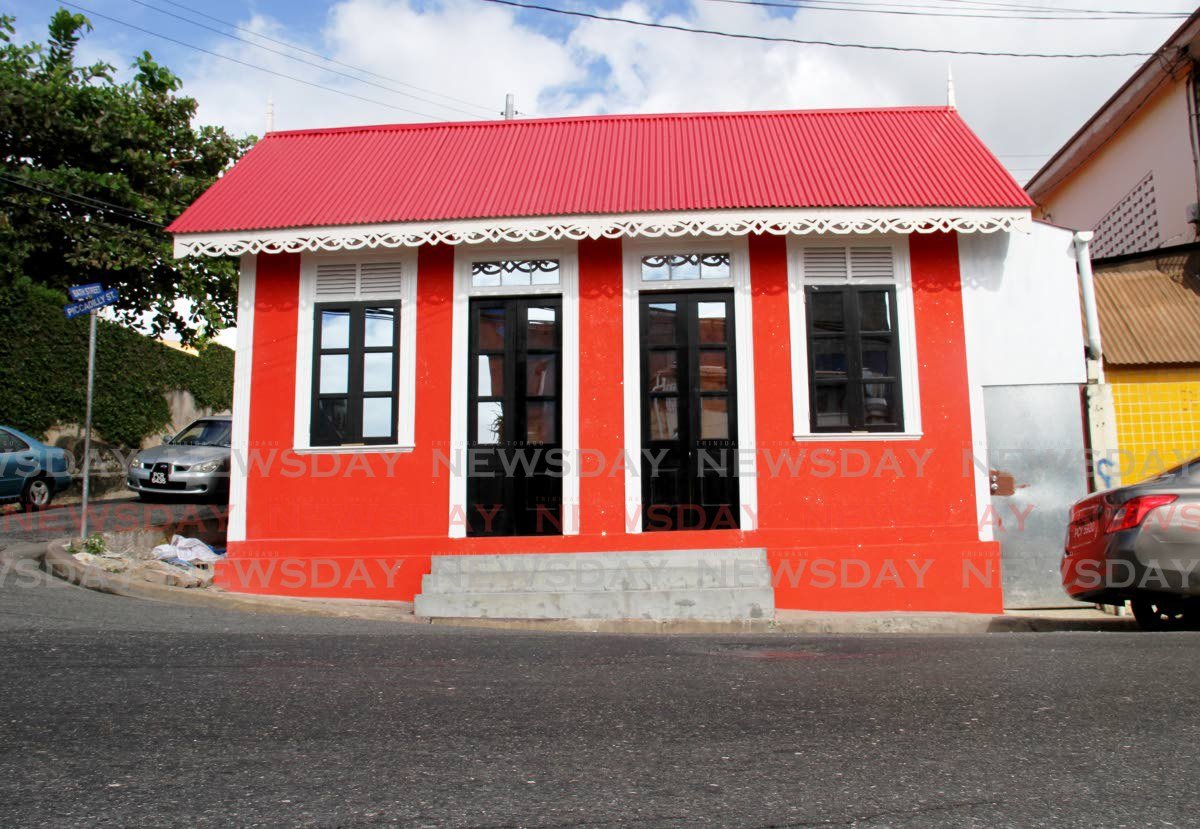 THE government has plans to revitalize Port of Spain. The non-profit organization Dada and Projects wants social art design to be part of these revitalization plans.

Artist Dean Arlen has defined social art design as “a methodology close to social work, and this methodology seriously takes into consideration the aspect of social justice and the socio-psychological aspect of working alongside communities.” He added that social art is about finding the character of a community or space through a participatory exercise between the artist and the community over a specific period.

The NGO was established in 2011 and aims to “facilitate the development and installation of public art in Trinidad and Tobago in ways that enhance and protect the physical environment and support surrounding communities through collaborations, partnerships and support networks for art and artistic ecology. environmentally friendly projects.

Arlen is a member of the NGO and has been around for at least five years. The NGO has around four directors and five members. One of the trustees is Professor Emerita Rhoda Reddock of the University of the West Indies (UWI).

Dada and Projects’ approach, he says, is guided by philosophies of social justice and socially engaged practice that is collaborative, often participatory, involves people and facilitates progressive social change.

Its members see this approach as part of what the revitalized capital would look like.

“The design of the city should be based on the vibrations of its artistic, environmental and cultural expressions, our reverberations, our gestures, our manners and our dialect should be imprinted in the vernacular of contemporary architecture of Port of Spain” , he said in his response to the plans. for the city.

Interior designer and member of Dada and Projects, Danielle Elefant, asked: “When the revitalization of Port of Spain (and not the surrounding areas) is the goal of this ambitious set of projects, offers a new ‘lung green “on reclaimed land west of Mucurapo Road means nothing?”

Elefant said she would not discourage the development of green spaces, but that they must be carefully considered to have the desired impacts.

“There are many potentially negative environmental effects associated with reclaimed land – namely impacts on marine life, water and soil pollution, displacement of marine sediments, loss of critical mangrove habitat, among others. issues that I’m sure the city has been familiar with from previous years. recovery exercises, ”she said.

She said this approach has done nothing to improve the quality of daily life for people living and working in the city.

“Why not devote these resources to planting trees along sidewalks – to increase shade, reduce heat island effect (the United States Environmental Protection Agency says the heat islands are urbanized areas that experience higher temperatures than peripheral areas) and contribute enormously to the running of the port of Spain? Why not focus on our existing squares, where the city has cut trees down for safety reasons, to create easily accessible places for a beautifully landscaped lunch break, to lessen the impact of living in a concrete jungle?

“Why not embellish the retention basins by creating landscaped bodies of water in a concrete jungle? Why not take the wasteland and turn it into micro-parks or community gardens where residents can learn about farming and help grow some of their own food? In these same micro-parks, why not also partner with local artists to create public art installations that engage the population more?

Kaleel Kanor-Doublier, architectural designer, visual and installation artist and member of Dada and Project, in his contribution to Dada’s suggestions for the revitalization of Port of Spain, said that the architecture of the buildings on Piccadilly Street is reminiscent of the architecture that once filled the capital.

Kanor-Doublier said Trinidad and Tobago continued to treat its heritage sites with little courtesy, which was part of its culture of “ingratitude and helpfulness”.

He also recalled the National Trust’s proposals for the declaration of a historic district in mid-Port of Spain, in the area around Woodford Square, which includes the Red House, Trinity Cathedral and the Old Public Library .

Its Facebook page said the project “is seen as a playground for children and young people aged two to 16 from Tacarigua, the great Tunapuna, Arouca and the surrounding area”, but also opens discussions about the role of indigenous art and design in community planning, contribute to social well-being and stimulate the creative and active use of green spaces by children.

Arlen also wants to use the social / cooperative model to work with students in tech-voc, engineering, social work and geography. It will challenge the student to see alternatives, he said.

Arlen and the organization plan to use skills found in the community – masonry, welding, carpentry – to build the spaces.

He also believes that social / cooperative artistic design can be used to create therapeutic spaces in Trinidad and Tobago.

“The development of Trinidad and Tobago continued without any recognition of our past traumas, slavery, engagement and colonialism… these came with specific pain. This specificity is located at the level of mental and physical dysfunctions that we witness in our communities… the literature is there. I have always been intrigued by how the social / cooperative art design can be harnessed to make space therapeutic.

He also believes that the social / cooperative art model will help stimulate economic development in communities, since “every community has mechanics, welders and carpenters…”

When it comes to revitalization, Arlen believes that social art design has a role to play not only in reforming the space for urban renewal, but also in psychosocial empowerment and building stronger and stronger communities. autonomous.

He said socially trained artists should be able to sit at the tables of business, manufacturing, state, community organizations and civil society.

“We support the understanding that art and design, applied through a methodology of social development, can invigorate peoples, communities, landscapes and common spaces and recognize the difficulties in facilitating truly human-centered development. “the statement said.

He added that new terminologies have emerged for the approach of incorporating the minds of the people into design, such as radical design, vernacularism, the creation of places, socially engaged art and art-design. social.

The organization said it supports the intention to create a city that reflects people in their creativity and that reflects the quest for social justice and beauty for all inhabitants.