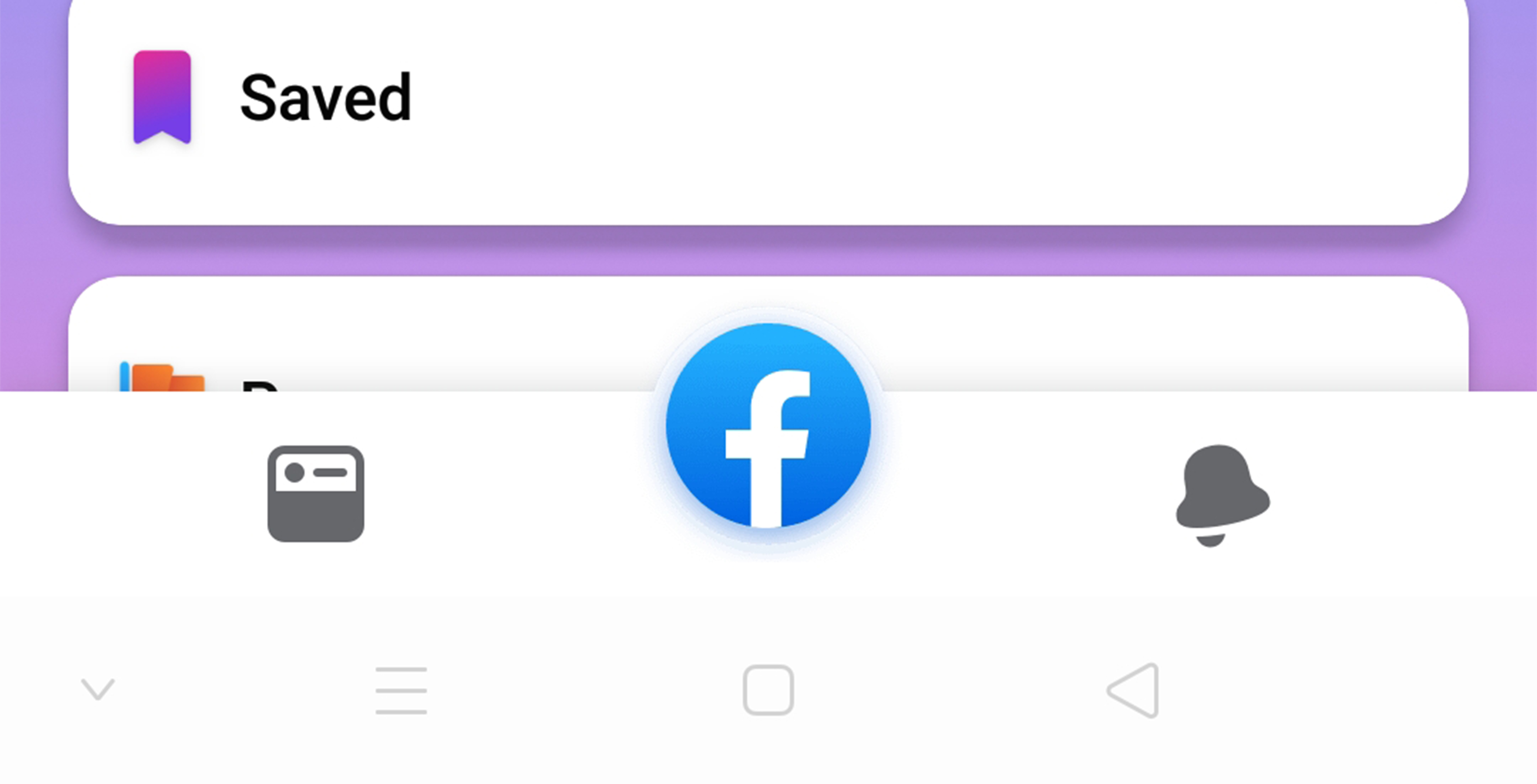 Facebook is reportedly testing a new design for its Android app, according to screenshots from a limited number of users.

Even though the social network pushed for a redesign that ditched the top blue bar in favor of a whiter, modern design, Facebook has more in store for its app.

The main change is in the navigation bar, which has moved to the bottom of the screen, similar to the iOS version of the app. However, unlike iOS, this new design only has three buttons at the bottom.

The leftmost button is probably the News Feed button, but that’s not immediately clear. The right-most button probably opens the notifications menu because it uses a bell icon similar to the current notification tab.

However, the middle button is a big change. This is a large version of the Facebook icon which according to the screenshots opens the menu. Instead of the hamburger tab like in the current design, this new Facebook ‘F’ button contains almost every aspect of the social network.

This includes things like Groups, Friends, Marketplace, and more.

Plus, the new menu drops the all-white look for a colorful gradient background. Each menu item is in a white box. There is also a link to your profile and a search button in the menu.

According to Android Police, which got the screenshots, the news feed, and the notification menus didn’t adopt degraded backgrounds.

The changes appeared in Facebook app version 246.0.0.49.121. However, this appears to be a server side change, as none of my devices running this version show the changes.

It’s unclear if or when the update will roll out on a larger scale.